These date back to my teaching days, are not resolved fabrics, were part of my demos, have been shot straight from storage, with no additional care to them ie pressing or steaming 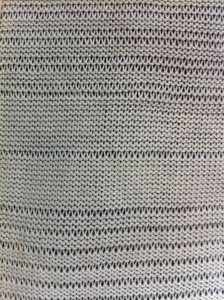 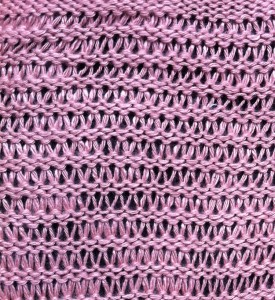 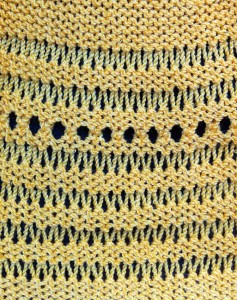 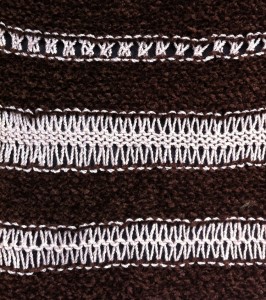 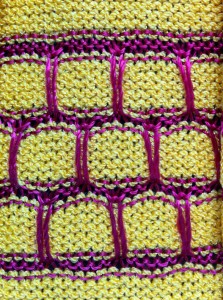 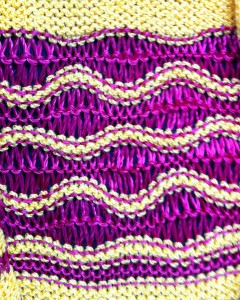 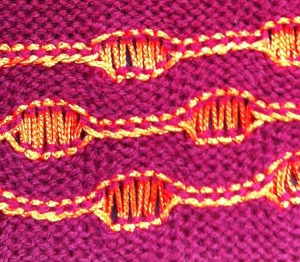 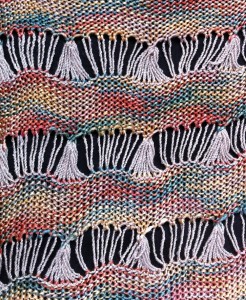 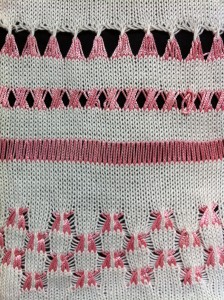 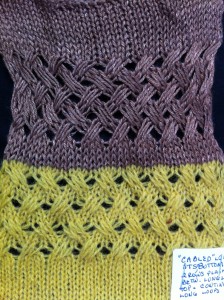 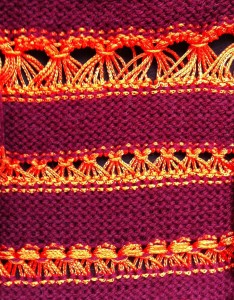 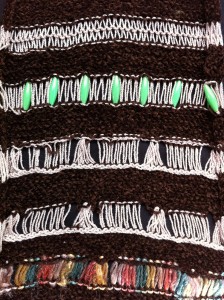 combined with e wraps and beading 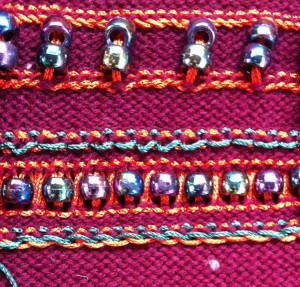 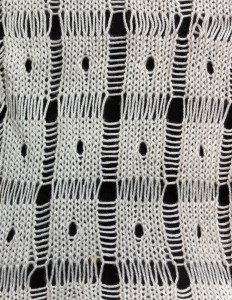 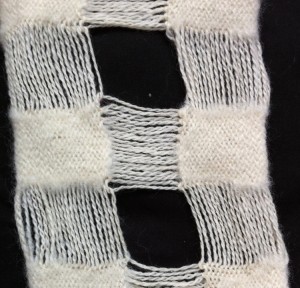 both loops and stitches in one below, along with beading 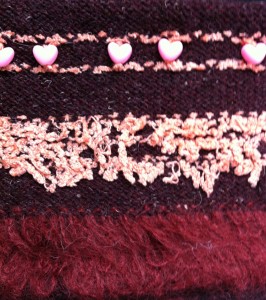 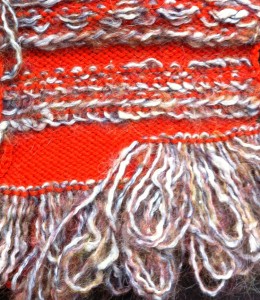 combined with twisting of loops on knit surface 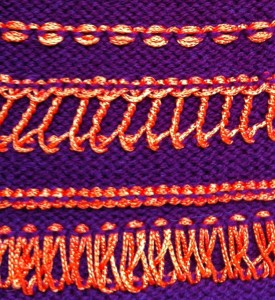 weaving ribbon into ladder spaces rather than long stitches 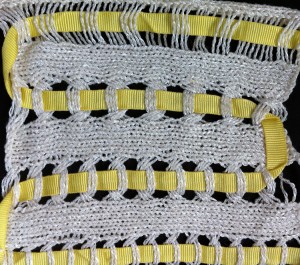 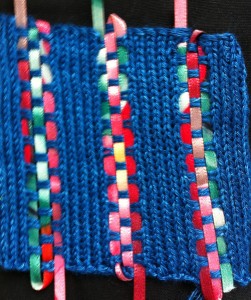 I  knit on multiple brand knitting machines, and my production knitting of most items is sporadic now. As I completed large series of any of the items I sought ways to make knitting faster and less error prone after any long hiatus or distractions. My spider shawls involve holding with needles OOW across nearly the whole needle bed, with other items only patterning in sections of needle bed. At one point I acquired multiple needle tapes, actually use the punchcard tape on my 910 as well since I do not usually use position green/yellow for patterning. One way to save time is to cut pieces of colored removable tape or dots, and place these on the needle tape under single or multiple needles on the machine, and have the color correspond to a function. For example, if 5 in work, 3 out of work tape may be placed under each set of 3 for visual cue; if part of the needle bed needs to be with every other needle in work, those areas may be marked off with tape marking the beginning and end of that area. In the latter case, I mark between pattern needle changes. Marked tapes are easily removed/saved for future use.

At present 2 complete 910s and one without carriage for spare parts (the latter was a donation) live with me. One of them has been temperamental since it took a flying leap off a table, and had its off on switch repaired by yours truly. In a moment of pretending as though I have a knitting business again, I found the latter randomly mis selecting needles, and when I tried to use my usually dependent one, there was less mis patterning, but enough to be a problem when knitting the shawl border which consists of thousands of rows. I cleaned the KM, swapped carriages, checked mylar markings, all to no avail. I was using a sponge bar that seemed in good condition, but there was some play in the needles. When I replaced the bar with a brand new one that eliminated any play all mis patterning stopped.