I recently finally set up my Passap, with the intent of creating some DBJ fabrics. As I have often described in previous posts, I now use GIMP for my image creating and editing. For my downloads to E6000 in the past I have used the Croucher cable with switch box and Wincrea running on an ancient Dell laptop with Windows XP installed. Files created on my Mac could be shared directly with the Dell via a network set up, or moved to and from it with a flash drive.

When I began to experiment after downloading the latest version of GIMP on my Mac I found .bmps  created using it elicited a wincrea floating point zero error message. If the images were then in turn opened in either MS Paint or GIMP 2.0 in the Dell and saved again, the error message and problem  in their being read by Wincrea in correct stitch and row counts went went away.

I now own a new Mac, and thanks to my son (who happens to live on the opposite coast) and his extensive IT help,  it has VMware Fusion  installed.  Consequently, I am now able to run Windows XP and associated programs on my Mac. My son also experimented with the problem .bmp files, and found the solution for eliminating the problem with the files created in the Mac OS to be in a simple check in a box in GIMP’s export options.

It follows the next attempt would be to try to download to the E6000 directly from the Mac.

A USB to serial cable is required for the connection to my download cable. The previously used Keyspan serial adapter was no longer usable with the iMac. It got replaced with a Sabrent. Windows drivers for the product may be downloaded from sabrent.com and are easily installed. With the wincrea setting to COM 3, I was then, in turn, able to download to my E6.

The error message and dialogue boxes in gimp 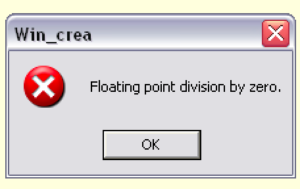 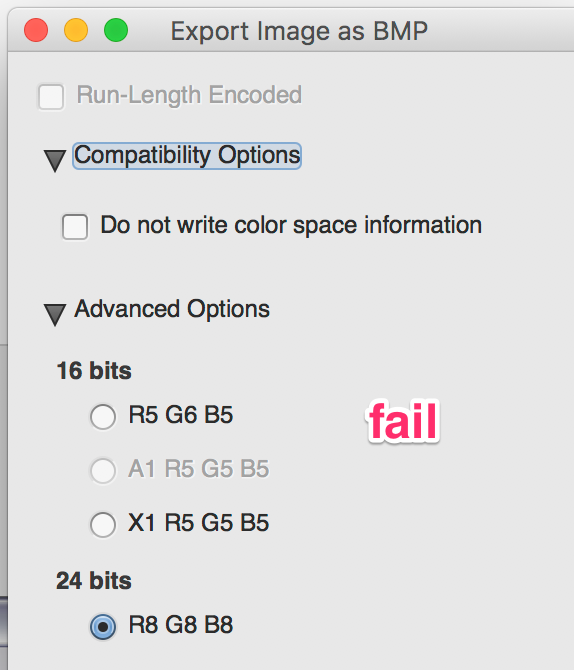 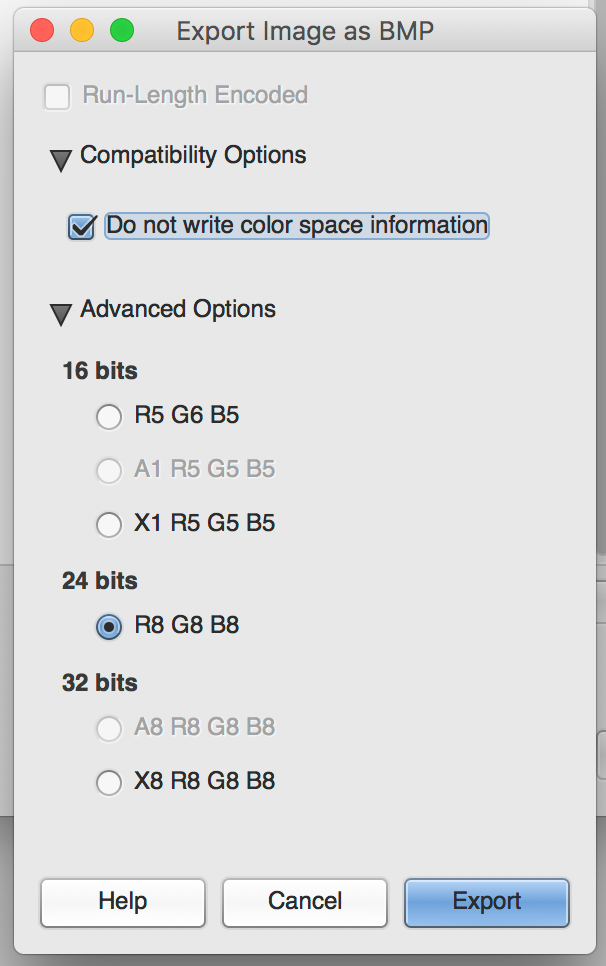 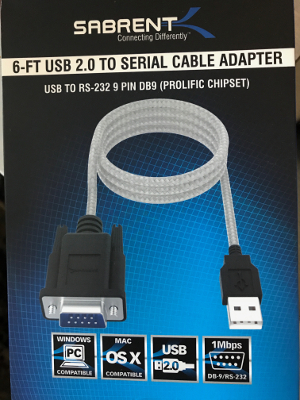 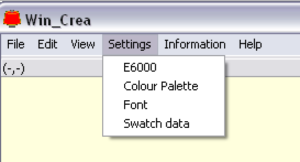 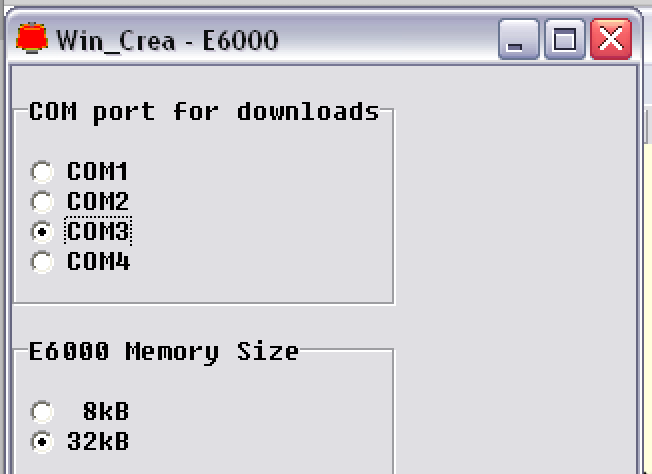 So I thought I was up and running, then I ran into a 213 error in the console when the switch box was in the download position. In an effort to isolate the problem I found a runaway wire in the interior of the cable connection to the connection to the serial adapter.

I have always found Anne and Richard Croucher courteous and quick to respond to any email questions on their product. Richard was kind enough to review the photos below and to suggest that soldering the green wire to the position indicated by the arrow might solve my cable problem. He also provided me with the accompanying diagram. 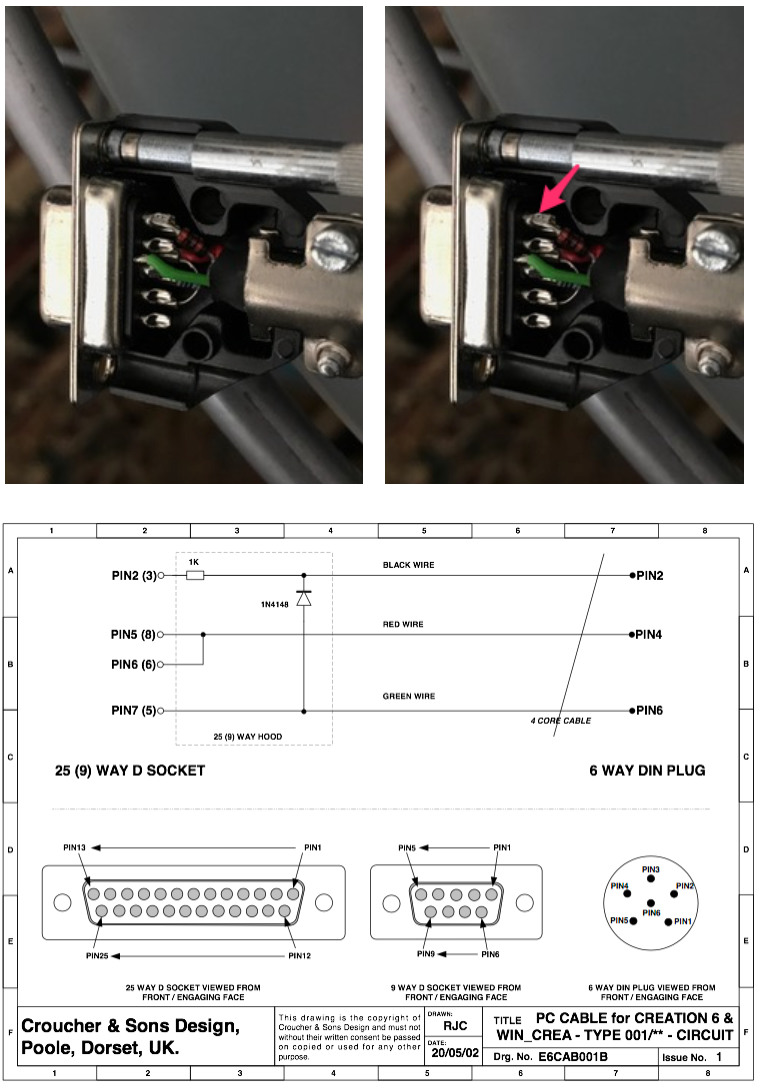 The cable is now waiting for the skill, soldering supplies, and time of a friend.  “Just in case” a new switch and cable combination are now on order from the Crouchers. The adventure shall continue.

10/7/17: I have a new Croucher cable and switch box. I have not been able to successfully download again using VMware on the Mac, but I am successfully knitting again using the old Dell laptop for Wincrea downloads to the Passap. More experimentation to follow.

Back in 2015 I met a math teacher in a group setting, and as a result of some discussions I became interested cellular automata. Since my blog post  Fabienne has come a long way. For more information on her progress post her kickstarter see https://knityak.com

My own repeats on the Passap are limited in size by an early chip. The download happens using wincrea and a Croucher cable and switch switchbox. At present I work out repeats on my mac, share them with an ancient dell.

This is my first scarf, produced using a segment of an automata in repeat. When viewed vertically and from a bit of distance there is a movement created by the varied sized shapes that is interesting to me, and that I want to explore further.

9/20/17 My new Mac is here. At present I am designing on the Mac, using a flash drive to transfer the patterns to my ancient Dell laptop, and going on from there. This is the second in the series. It uses the identical yarns to the scarf above, yet because of the colored stitch ratio distribution, looks to be knit using a charcoal shade for color 2

Here are the 2 fabrics side by showing the color contrast. The scarves are air drying after hand washing. The fabric is DBJ, so little blocking is actually needed, but the fiber is wool, and I am testing the waters to see if hand washing the pieces will soften them up a bit

10/7/17: a third in the series after some technical issues with pattern downloads to Passap

The plan is to continue with one offs, photography to be sorted out for consistency as well 😉

one with a color reverse border on only one end