I had a long interval of time when I did not record any of my work with photographs. I have slides from my student days, but even  as I first sold my work I have always leaned toward one of a kind or limited edition items. My knitting history began back in the days of what are now out of date cameras, and professional photographers were too expensive for the volume of inventory created and expected sales, so I often opted for no photos. At some point I accepted my own limited skill in photography, and began to record items as they were being made for record keeping more so than any other reason. With the start of  my presence online I graduated from one camera to another and then to instant iPhone gratification, my photography collection grew, and became simply what it was. I recently “went pro” on flickr, and have been adding photos of some of my early work, and of my little bit of publishing patterns in Studio by White Design magazine in the early 1990s, which may be found in my “memory lane” set on flickr. I have great admiration for anyone that publishes patterns and the work involved in doing so, though perhaps shared platforms for documents being as common as they are now might make the process easier.

Studio by White Design in its short lived glossy color format was the company publication in the early 90s. The constraints for any patterns were that they needed to promote an accessory, had to be in the requested assigned category ie men, children, etc, and help the reader learn a technique. At times yarn companies and publisher would have relationships, and kits for executing the patterns were offered. I designed 3 sweaters for them, these are the accompanying magazine shots

FW 93: 2col tuck mosaic for both punchcard and electronic 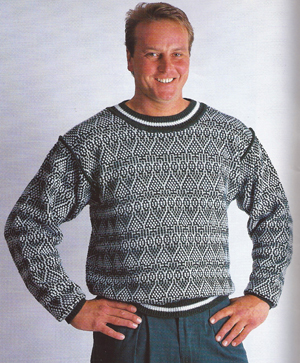 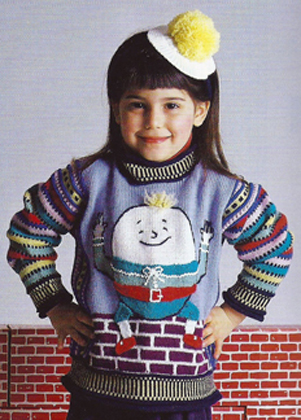 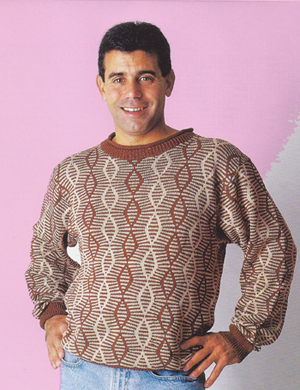