In hand knitting complex crosses are often worked on the same, knit side of the fabric, making them a bit easier to visualize and track. Knit and purl combinations in surfaces on either side abound. In machine knitting, one is always facing the purl side. If one is attempting to duplicate a hand knit pattern and the direction of the cables is important in the motif created, crosses in the machine knit need to be reversed as seen in an illustration from an earlier post https://alessandrina.com/?p=4218 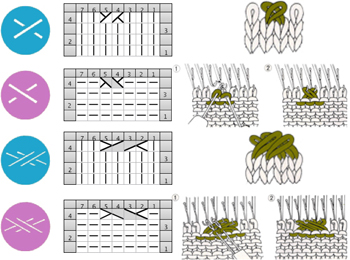 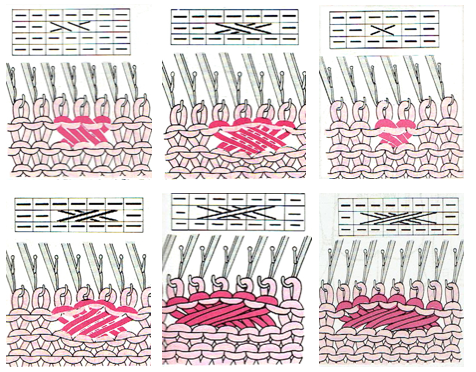 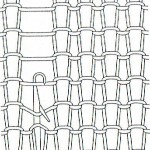 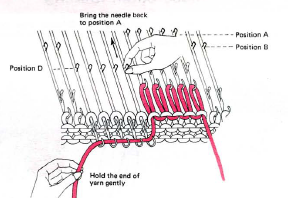 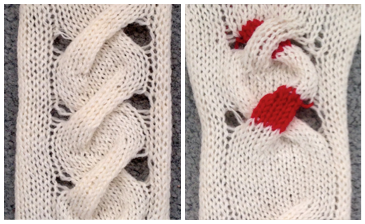 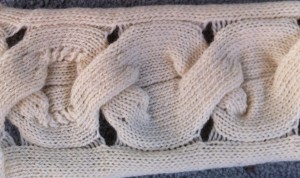