Back in 2013 I shared some images of my early knit work. I recently came across some slides of knits I produced back 1990-1991 in my “student days”. The large, non repetitive images were knit using a bit knitter connection to a Passap KM in the days when images were scanned with a black and white security camera set up with color filters. The “death coat” was designed during the Gulf War, in 1991. The images below are photos taken of my slides 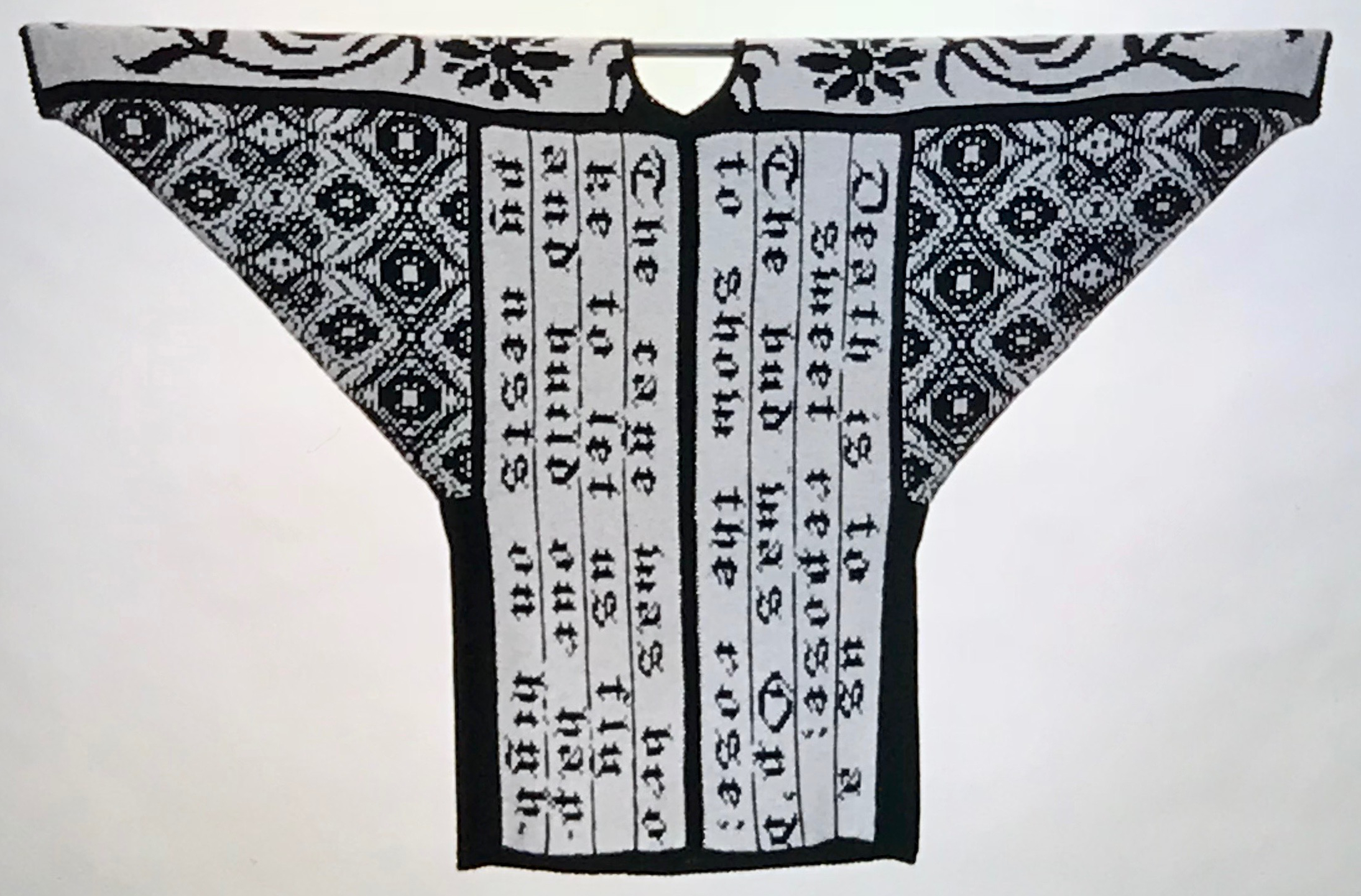 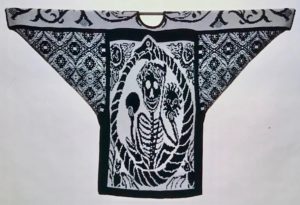 my most political piece from the same period, one of my 2 finished pieces in 3 colors per row dbj (on dress form) 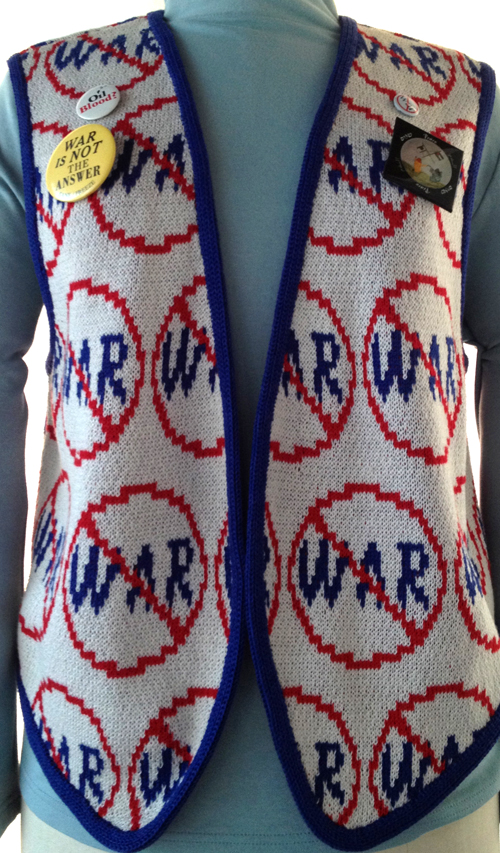 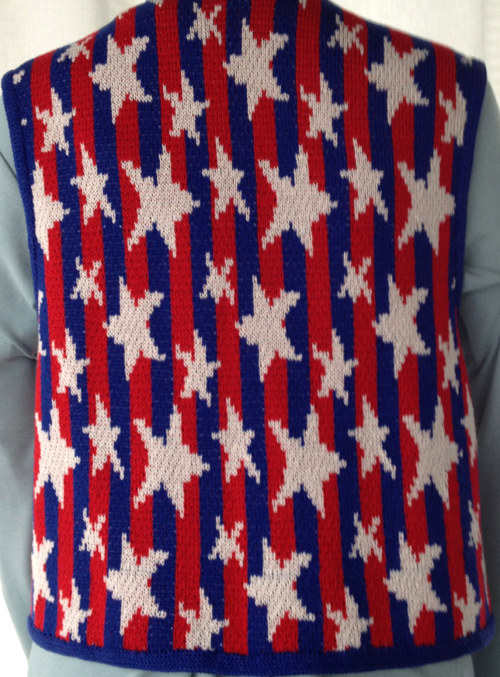 from old postcards of Boston, back and front could be reversed when worn 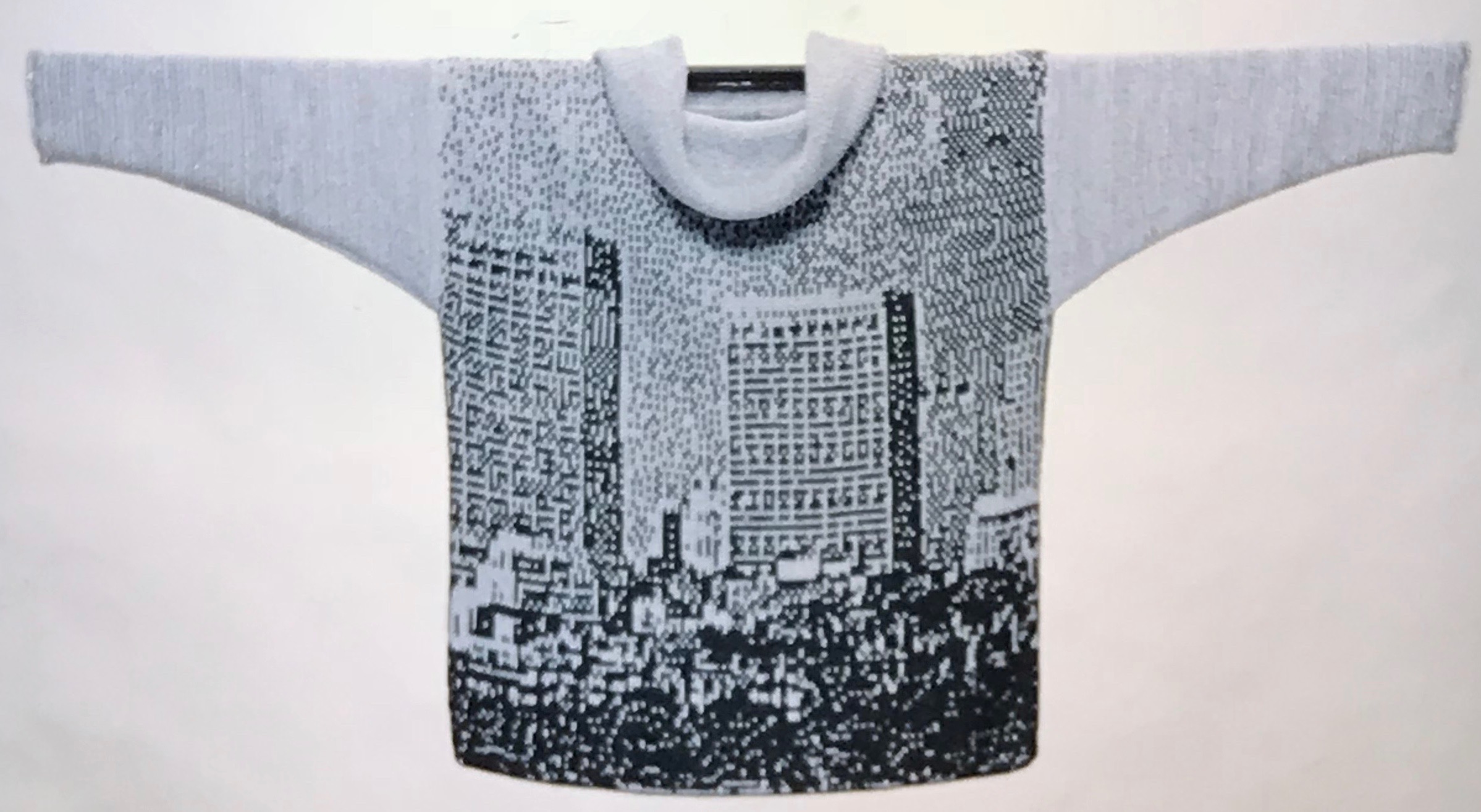 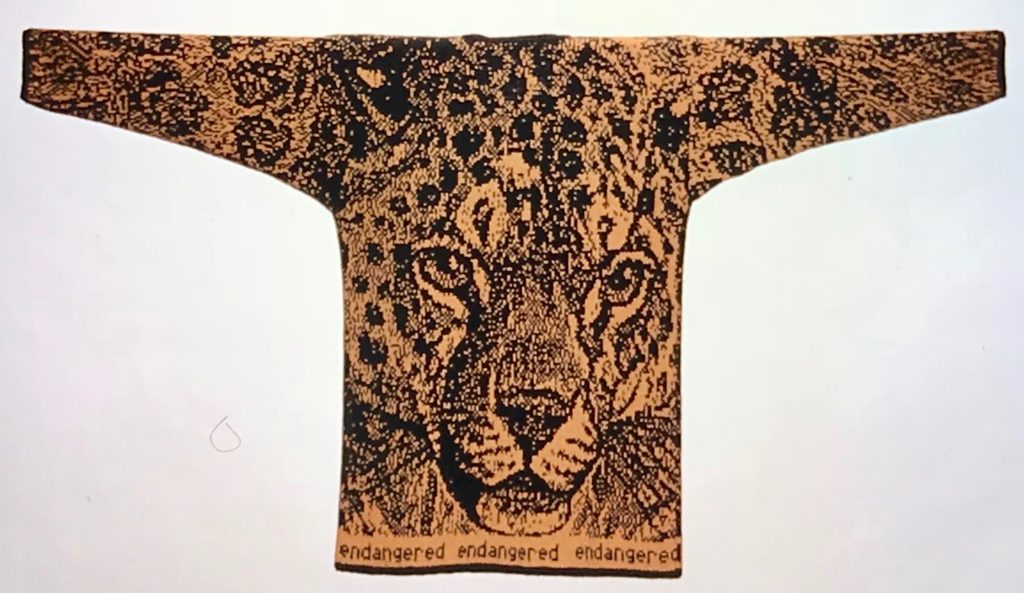 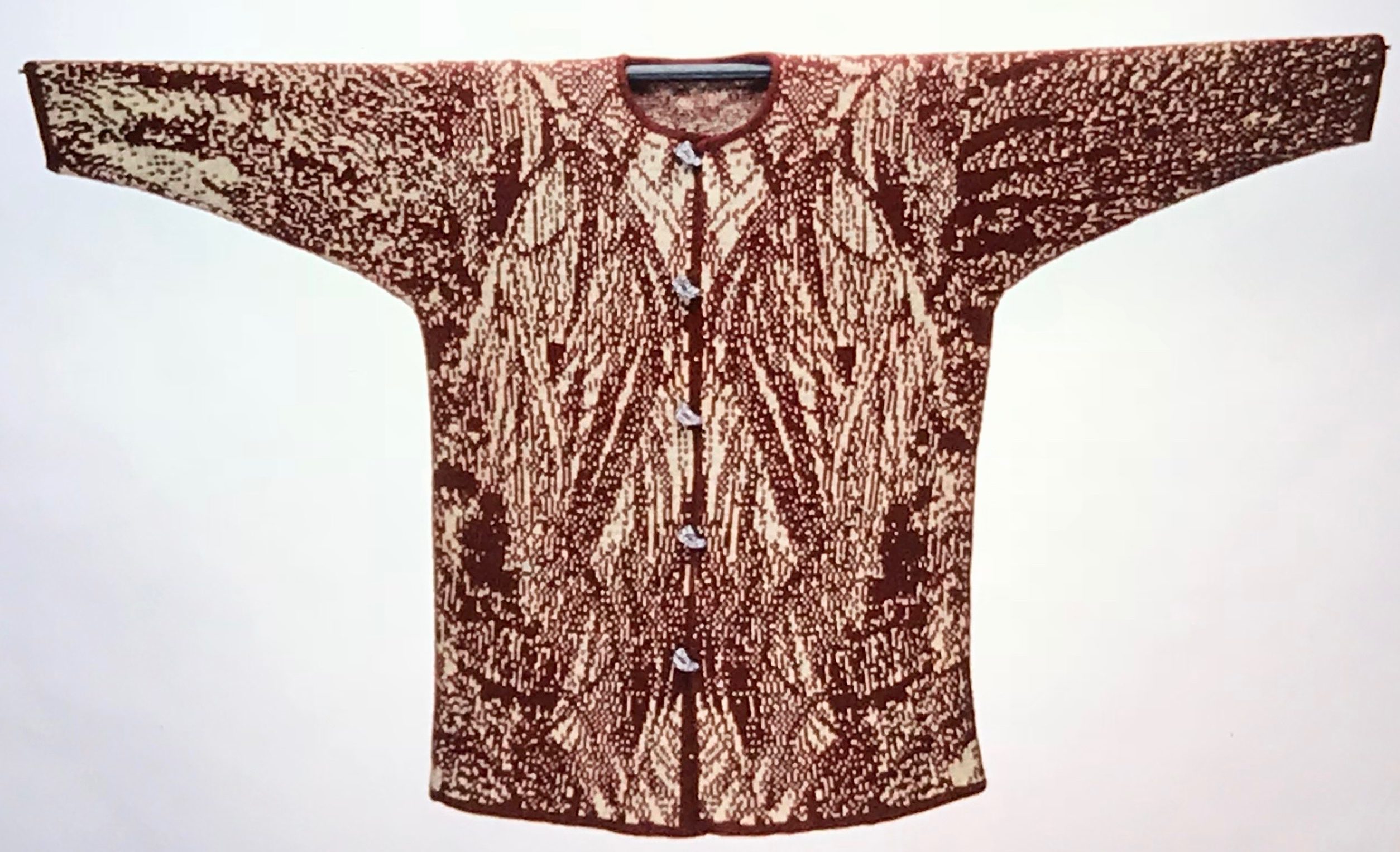 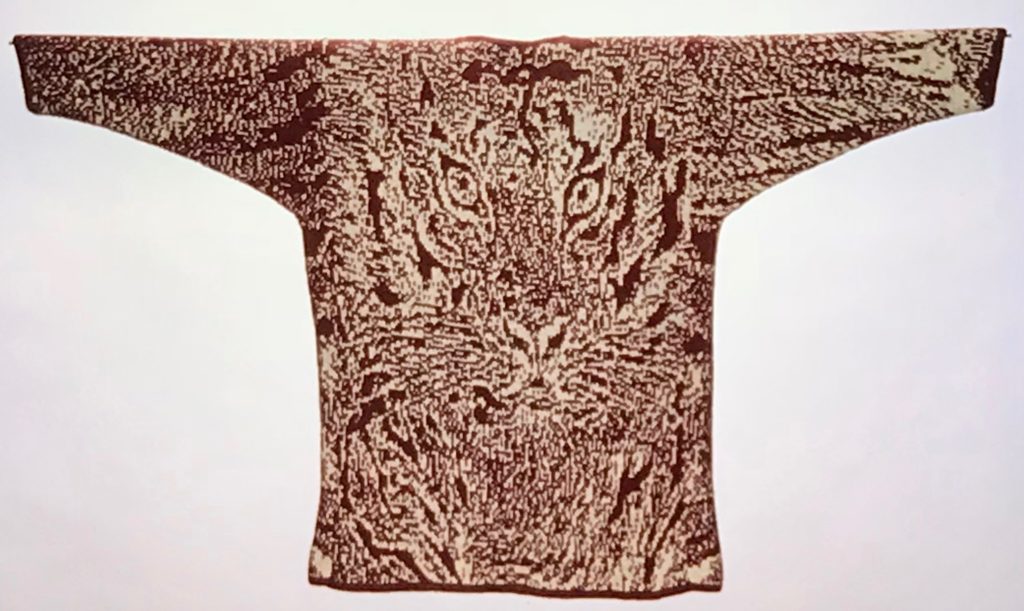 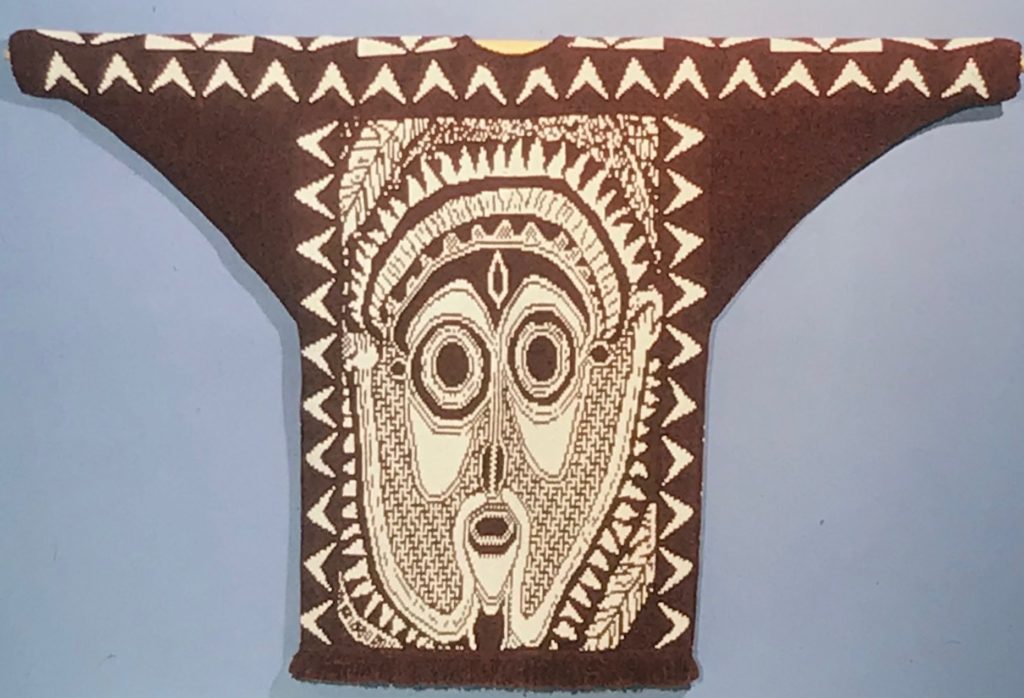 a ruana, knit in panels on a Studio 560, using mylar sheets 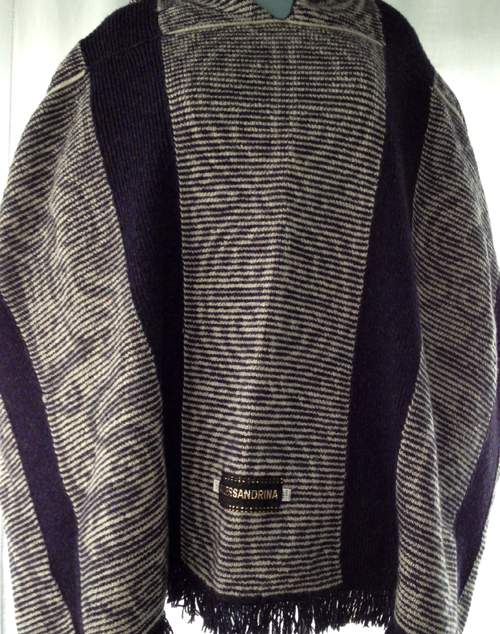 This was my first attempt at a FI dress when learning the km, also on a Studio 560. I did not use a brother punchcard or electronic until 1991 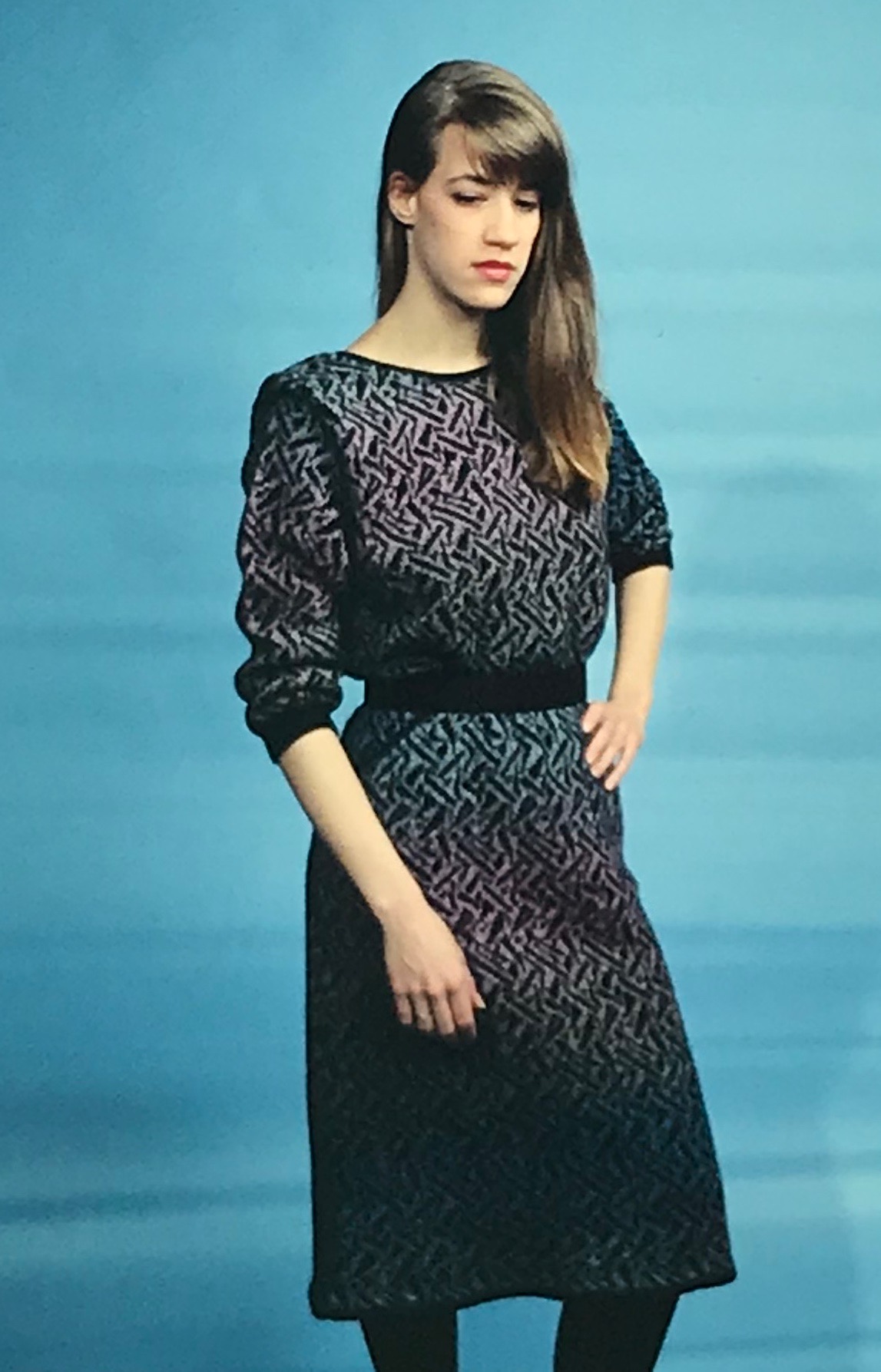 And this may well be my one and only ever round yoke sweater. The motif was not completely original, but inspired from a magazine,  and reworked for a different, bulkier gauge. My model was quite petite. My ceremonial costume for an acid rain dance was woven, with knotted on plastic strips cut from colored small plastic bags. In those days the variety of color and size in them was limited, and they were mailed to me from friends in different parts of the country. The bottom of the sleeves and hems were edged in twisted fringe that incorporated pompoms and jingle bells. 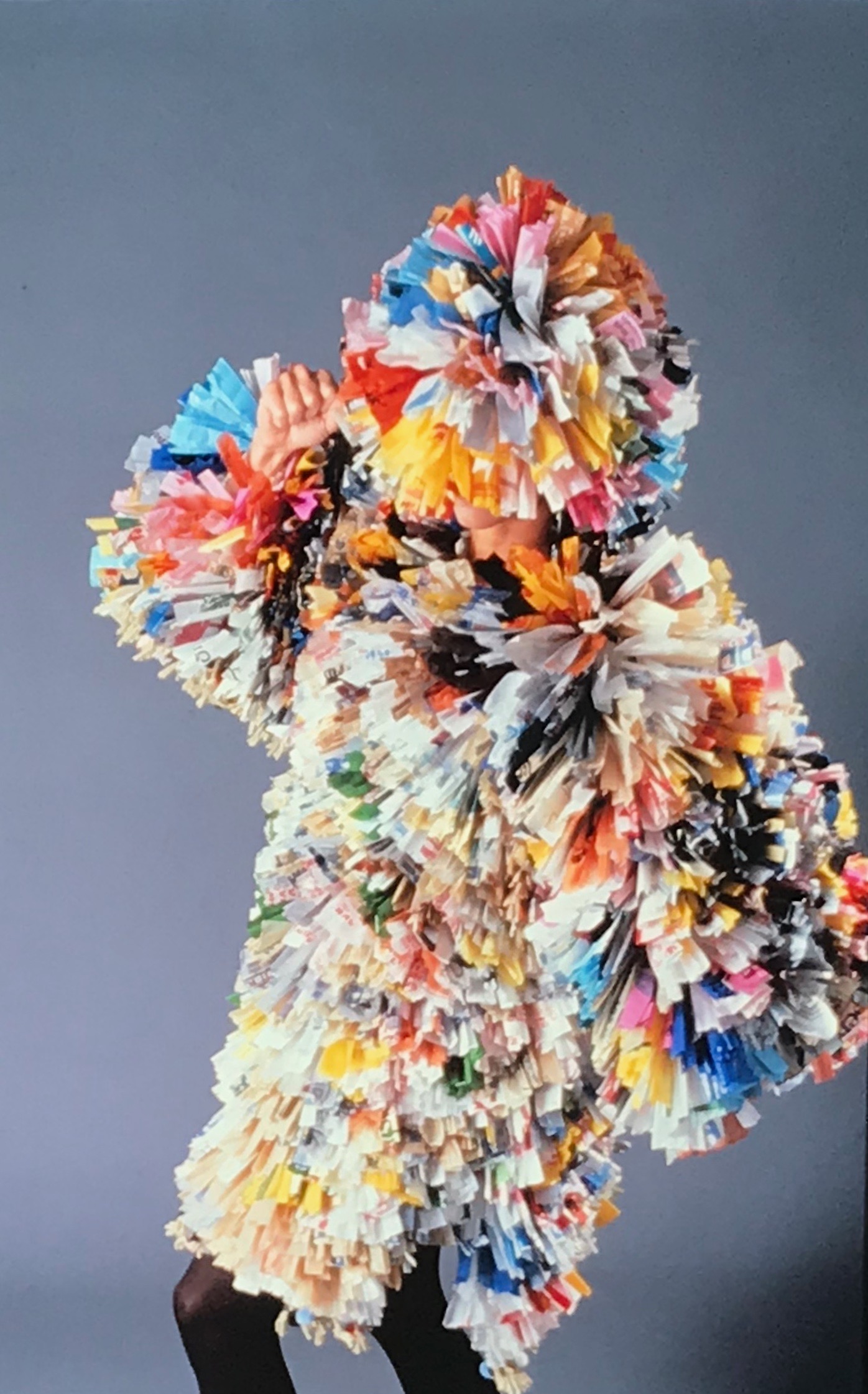 Below a part from series that followed shortly after the above, previously uploaded to flickr is shown. Photos were taken casually with a camera. For a long time I rode the fence of feeling the need to avoid the expense of a professional photographer and model, since I have always knit very few, often labor intensive pieces with the hope of selling them, and that would add considerably to my own base cost for each piece. Consequently, a lot of my work from those days went undocumented. At some point I decided a record of the work was more important to me than the “quality” of the photography. These pieces were all knit pre my teaching days. Later I found accessories such as scarves and shawls allowed me to explore a variety of fabrics in a more immediate way than in developing full scale garments, and my production knits since then have reflected that. 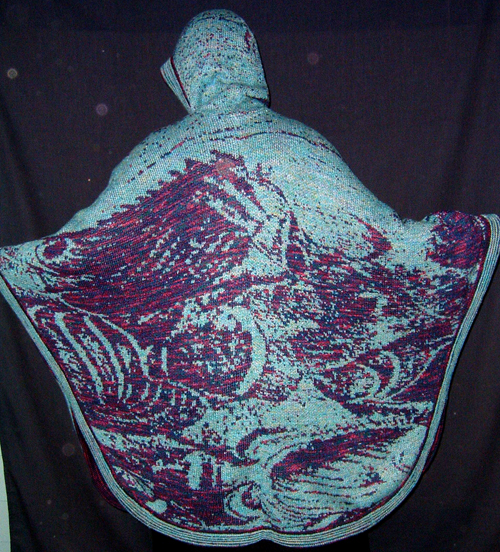 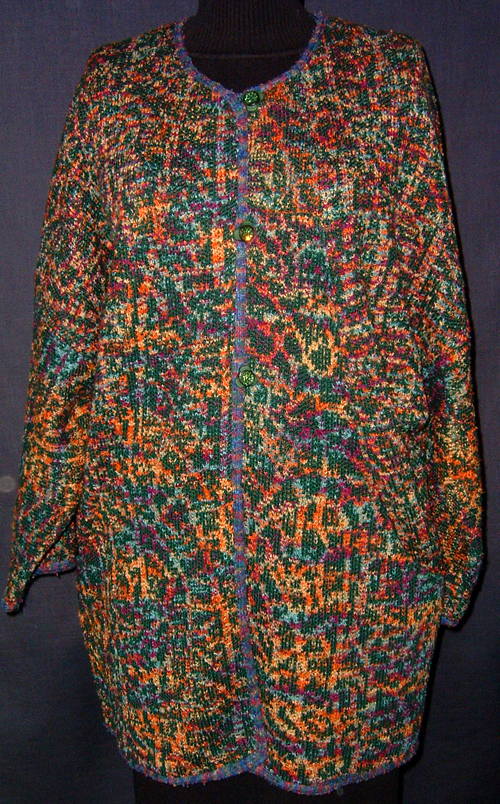 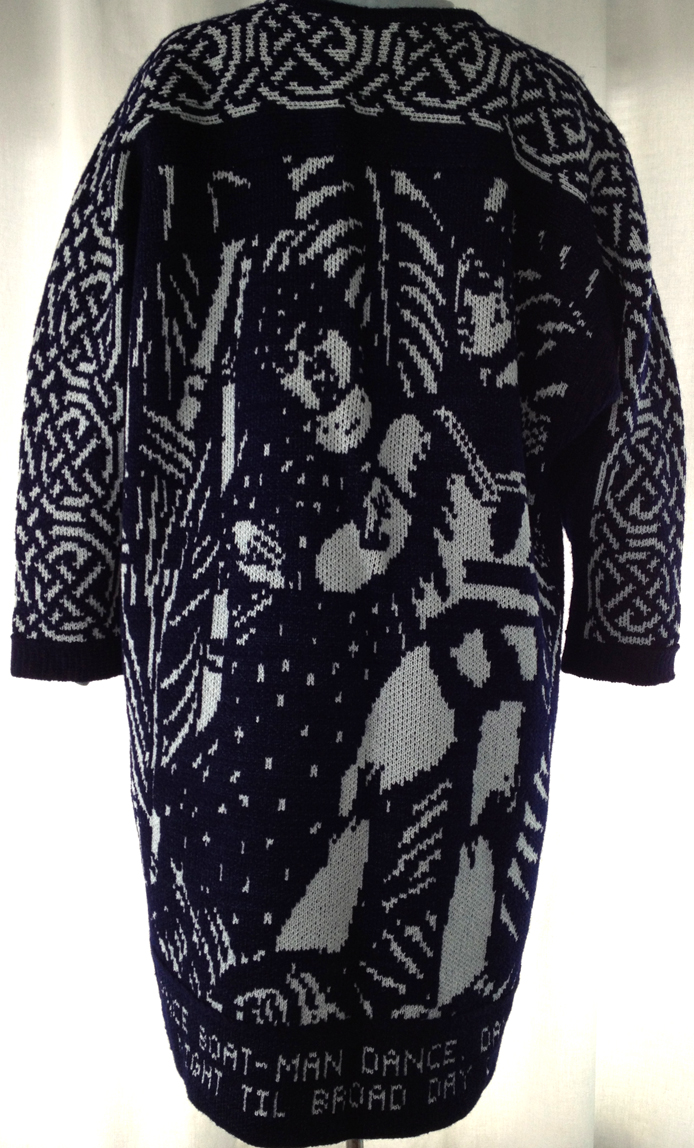 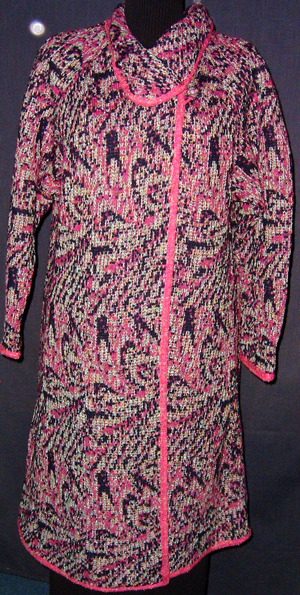