Eons ago I had “saved” a random copy of a japanese punchcard pattern in the someday I will figure it out pile. I was attracted by its opennes and what appeared to look like ladders as well as holes in the small B/W photograph. I have more experience in knitting and understanding of lace now, and in the process of studio clean up and paper possible recycling I found my “future project” and thought I would “tackle” it 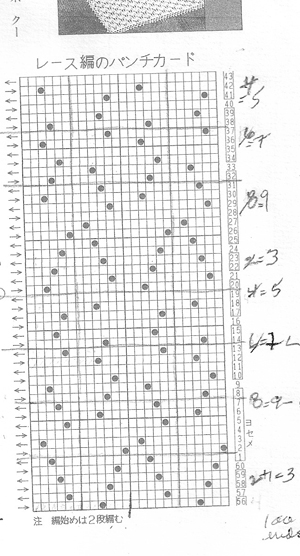 As can be noted in numbered markings, the card is a studio lace card. In addition, between series of transfers there is a single blank row = a single row of knit as opposed to the 2 rows commonly seen in brother’s kms’ lace

my mylar repeat, with notes on R sidebar as to # of LC passes, rows knit 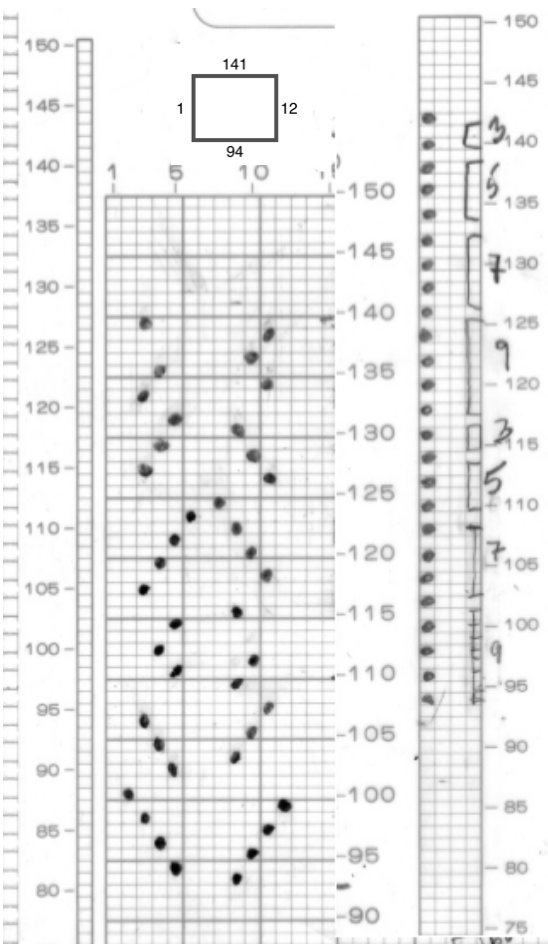 the method: with no repeat adjustments or conversions

I began with lace (LC) carriage on left (OL), knit  (KC) carriage on right (OR). Because a selection row is required for the first transfers row to occur, I added one row to each of the suggested lace pass sequences marked on the punchcard. The LC as a result travels an odd number of rows. It will begin on the side opposite from, and move toward the KC. At the end of each of the odd numbered row sequences it will reach the same side as the KC. At that point there will not be any needle selection. The LC is released from the needle bed, and the KC knits only one row to the opposite side and remains there. The LC returns to the bed opposite to the KC, and the sequence is below is repeated:

I used a waste yarn acrylic for my swatch, which became scratchy, flat and stiff, losing any texture when pressed, and shrinking a bit so as to almost looking felted, yet another reminder  test small swatches fefore committing to larger pieces.  Here is the result 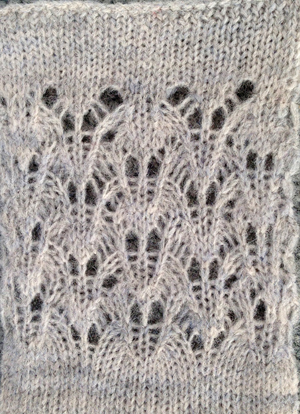 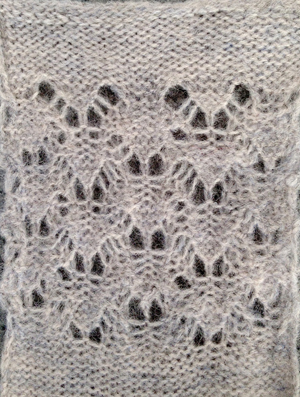 a new day, a different fiber, the joy of not noticing dropped stitches 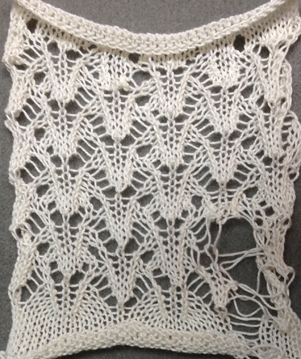 a bit closer, after light pressing 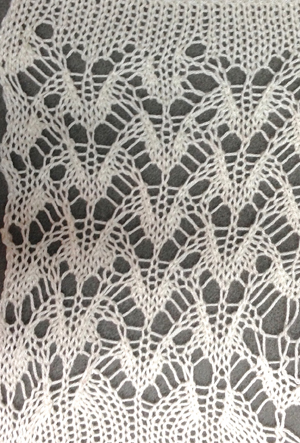 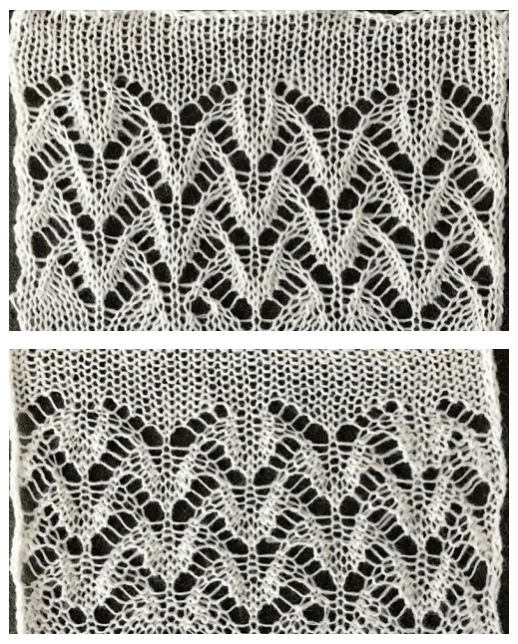 One thought on “Studio transfer lace knit on Brother 910”