A while ago the image of a sweater attributed to Armani caught my attention on Pinterest, and I became obsessed with creating a variant. 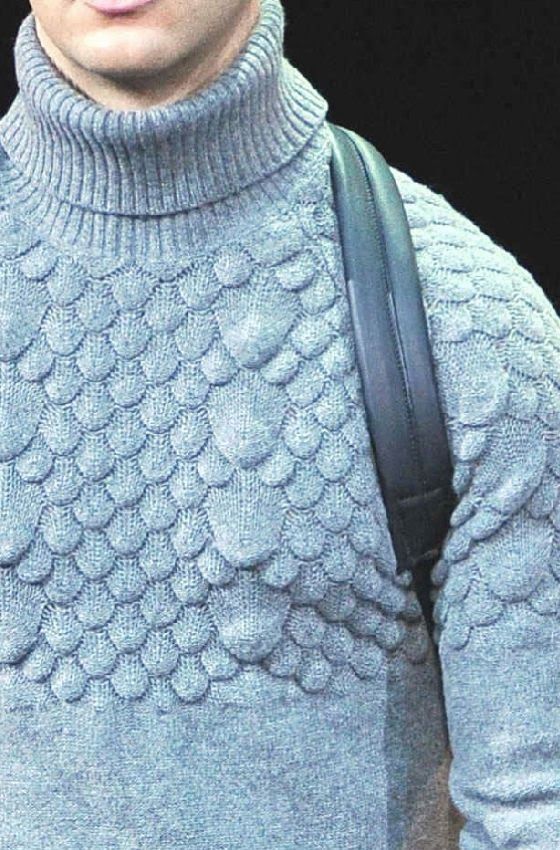 Lace is actually an interesting 3D fabric until it is blocked and made to lie flat. I went the lace route to work out my “scales”. The swatch I created below is hand knit, could be reproduced as a machine knit hand technique with the aid of multiple transfer tools. I would recommend a yarn with “memory”, such as wool. The bottom of 3 sets of “shells” were knit on #  7 needles and the remainder on #5. I found I preferred to control the lean of knit together stitches on the knit side but did not deem it necessary on the purl. 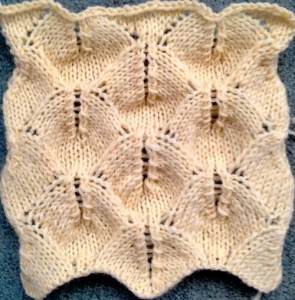 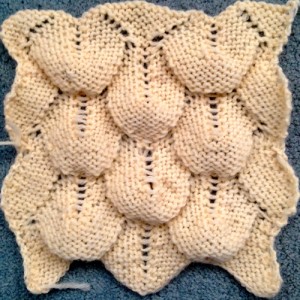 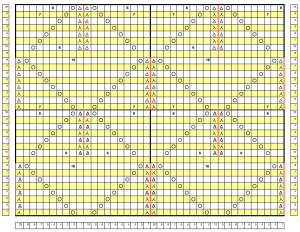 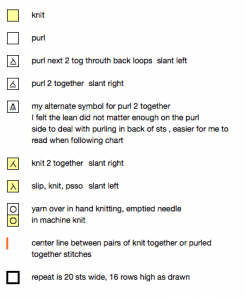 A mini-me version knit on a 4.5 mm. machine, using the same yarn as in the hand-knit sample above, at tension 10+. Repeats are worked out around 2 center needles, on which stitches are doubled as transfers are made. When the pairs of doubled up stitches are reached with loops on either side of them after the last transfer/knit one row in sequence, knit one additional row across all stitches before reversing the direction of transfers. That row is represented in green in the chart below. Symbols used are minimal since the same side of the knit is in constant view (incomplete full pattern repeat) 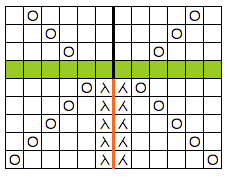 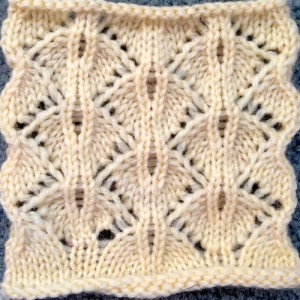 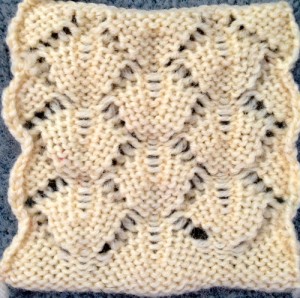