Full automation of “held” shapes using slip stitch alone is possible, involves careful planning of the design repeat, an understanding of necessary sequences in “holding” techniques, and results in large, long repeats for recurring shapes.
The starting side for preselection rows varies depending on the design.
Pattern knitting is worked with both cam buttons set to slip, end needle selection must be canceled.
All stitches on the knitting bed must be cleared with each pass of the carriage from side to side.
As shapes grow, test periodically for any yarn loops accidentally caught on the gate pegs.
The overall downloaded program needs to include repeats planned for the number of stitches in work on the needle bed. This is the standard requirement for Ayab, on my 930 the default img2track programming is for a single motif.
If working on an odd number of needles, whether the needle selection is pushed to the right or left of center varies depending on the brand of machine used and changes if horizontal mirroring of the design is added.
It is helpful  to begin with small, narrow repeats for practice. Assorted samples from previous posts:
a ruffle also using the garter bar 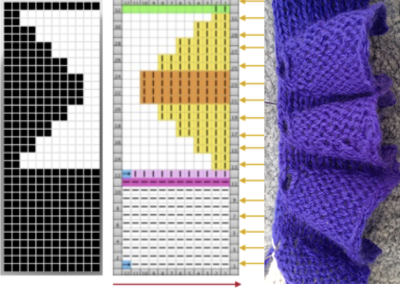 a couple of zig-zags 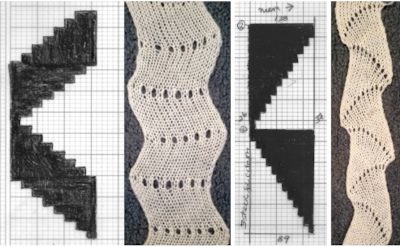 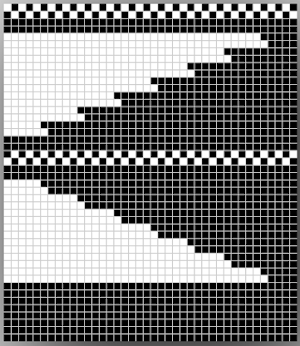 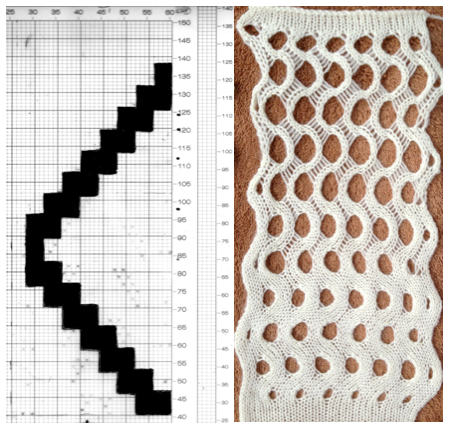 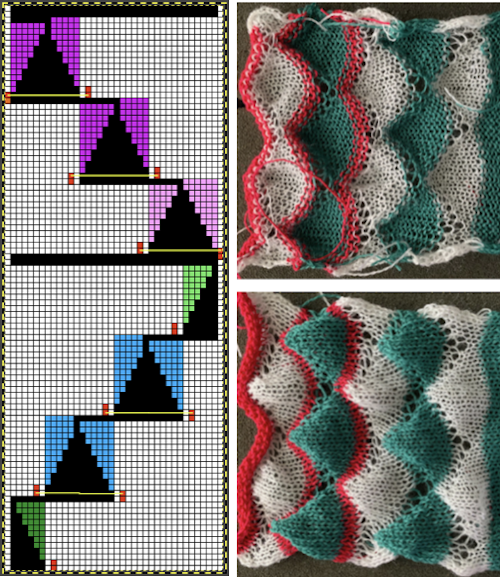 Testing the idea on a limited width with small intended shapes helps one iron out errors in logic or knitting sequences,  I prefer to start with a colored chart, making it easier to follow movements of the yarn, carriages, and color changes 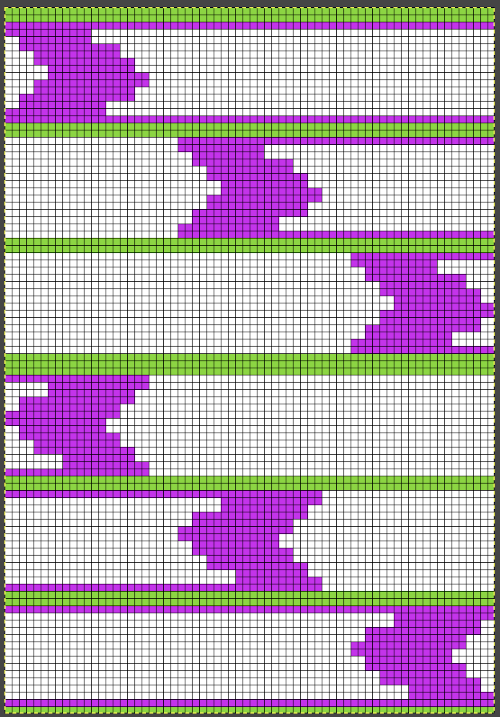 The chart was then loaded in Gimp, the Mode changed to bitmapped B/W, and the image then scaled to the final width of 74 X 96. For this exercise, I chose to keep the shapes equal distances apart (marked in green), mirrored the image on my 930 to produce the shapes in the same direction. In this instance, as is often encountered in lace knitting, an odd number of rows between repeat segments will allow for the carriage to start from the opposite side in order to reverse the direction of the shaps. The first preselection row may start from either side depending on whether the downloaded image is mirrored or not, whether by intention or automatically by the machine model’s auto settings. The default isolation in img2track is fine, ayab knitters are required to program the repeat in width to match the number of needles in use, so this would work for both 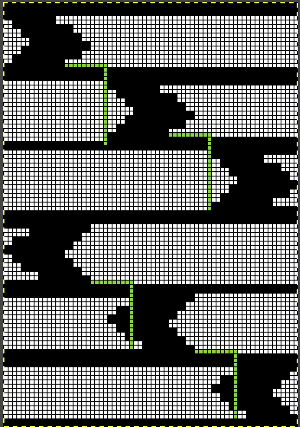 I did run into an operator problem: had managed to save the repeat so rather than being all B/W there was a single row of color at its base, which caused mispatterning only when that #1 design row was knit.

With that amended, the selection problem was eliminated 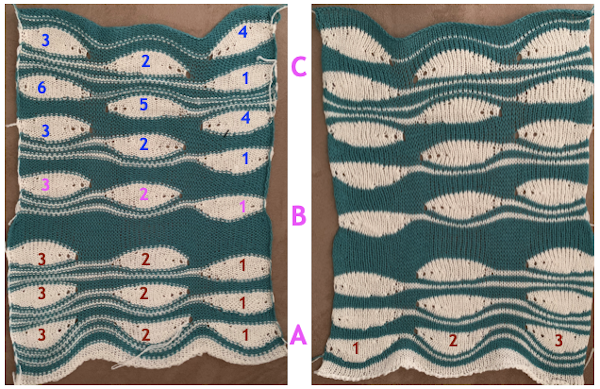 The same shapes always starting on the same edge A will distort that edge. Extra rows of the alternate color can vary shapes of the striping between them. Single shape rows could be floated much farther apart on solid ground, or one to which other colors or techniques are added, and finally, the reversing shapes produce a more balanced height at both sides.