Symbols in knitting have evolved considerably through the years since the day when all instructions were longhand and it was abbreviations used that would need de-coding. This is true of cables as well. I came across a magazine graph that led me to explore its conversions from hand to machine.
In the BW original graph cable stitches are represented by solid lines and dashed lines, stitches are moved in the direction of the upward slant. The “needles” with the solid lines will be moved first, the dashed lines follow to replace/fill the empty needles. The repeat below is 64 rows high, so if a card is used it would need to be created in two pieces, the last row on the graph is not part of the repeat itself. As is seen in knit alphabets, however, the fact that punchcard patterns are flipped vertically when the design is executed needs to be kept in mind if punched holes are used to track the cable repeats. Mirroring is required to match movements in the hand-knit original graph. Color blocks represent punched holes in the card. 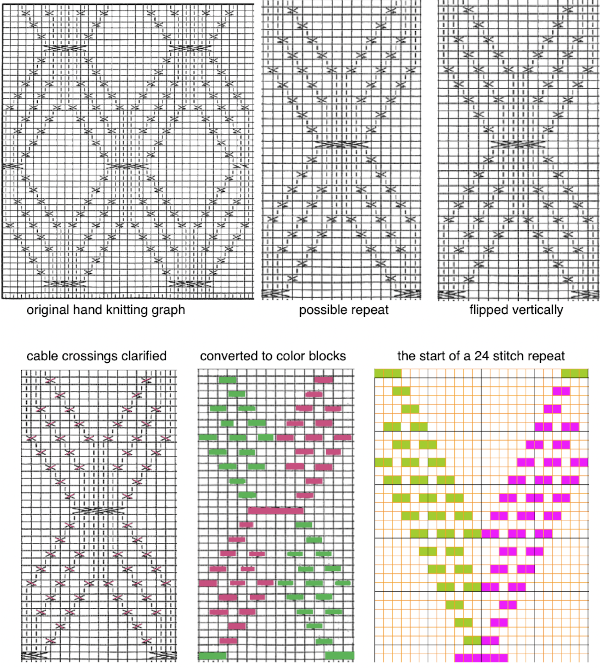 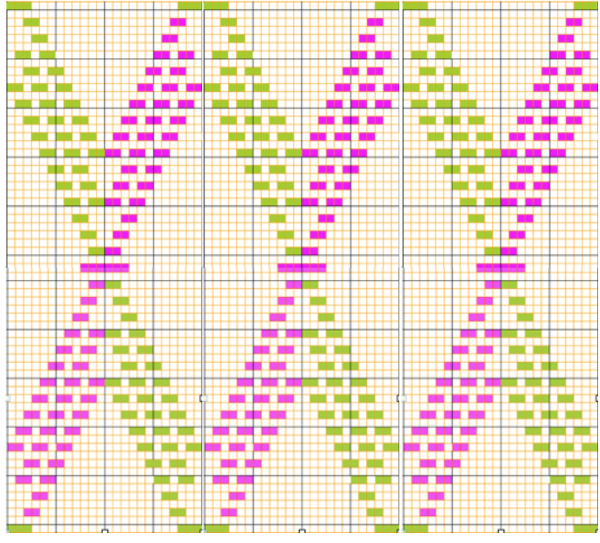 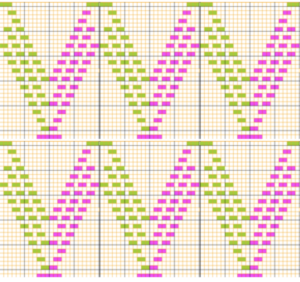 This is a downloadable pdf of some of my initial notes in sorting out the process dia_cables_card and a photo of the resulting swatch. The charts were created in Excel.
In punching and then using the card to knit the sample I initially completely forgot the fact that images are reversed horizontally when a punchcard is used.
In writing a 2022 post on using Numbers and Gimp for charting cables  I realized there is an alignment error at the top of the punchcard repeat. The image below has the problem area in the card marked. A circle also marks the spot where operator error occurred with some twists being made in the wrong direction, 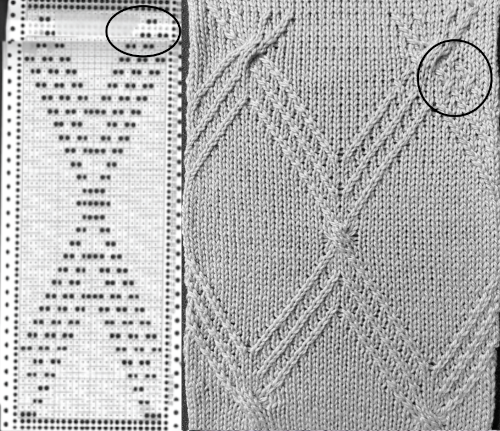 Such techniques may be used in isolated portions of garments as opposed to all over.
A “simplified” interpretation of a similar knit pattern is seen below. 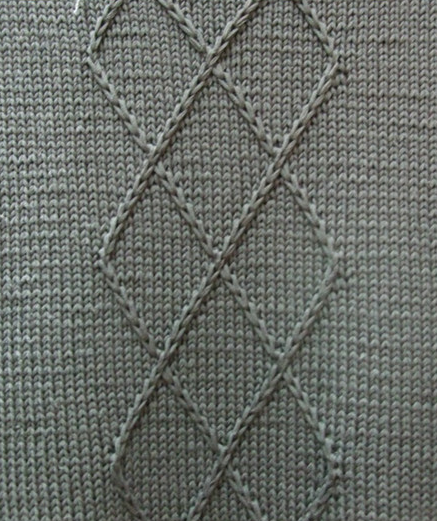