Hand-knit spiraling shawls and shawlettes often involve shaping on every row. Increasing essentially requires casting on one or more stitches. Below are cast on illustrations from varied sources I used in handouts in my intro to knitting classes 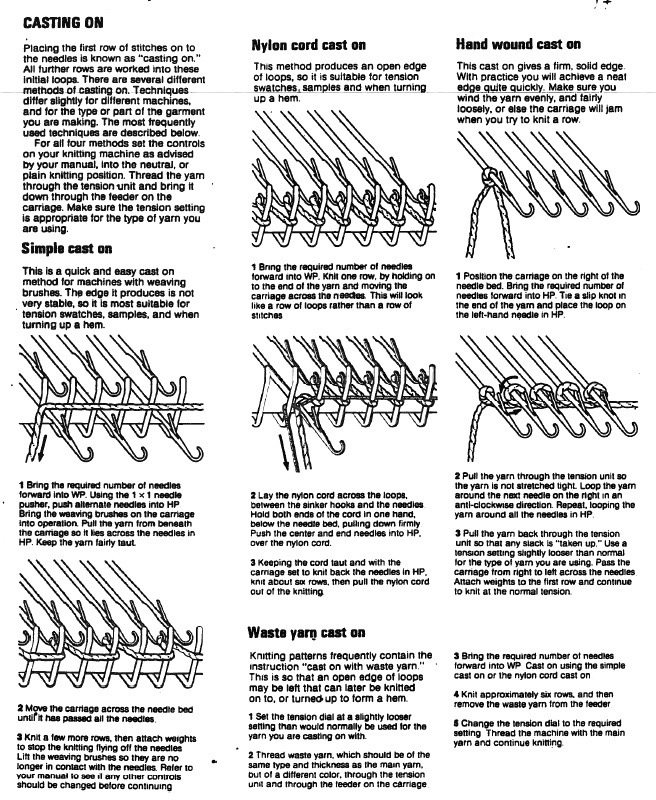 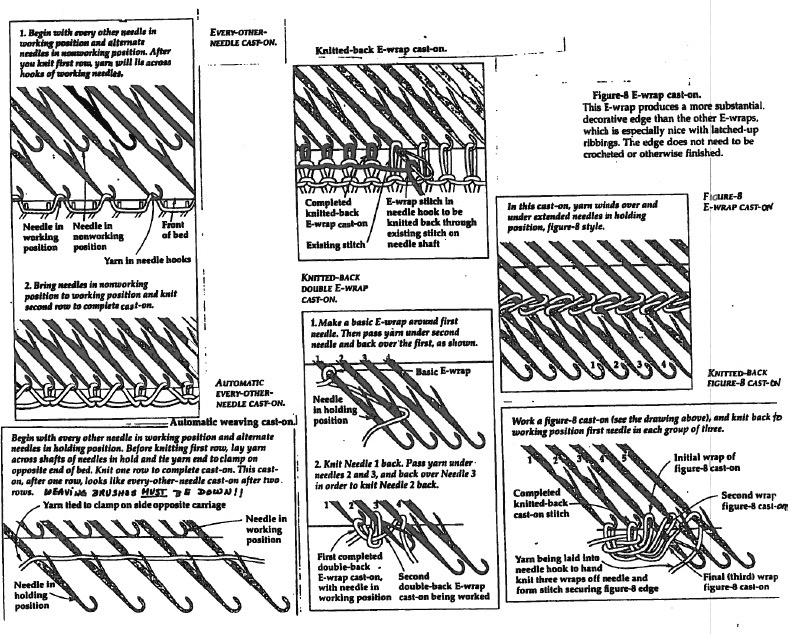 A simple decrease occurs when the last stitch on either side is transferred moving away from the carriage, the empty needle is placed out of work, and the row is knit. 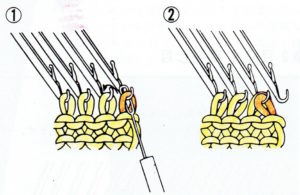 This illustration shows a fully fashioned version, which gives an edge that makes seaming easier and more attractive, and eliminates the small bumps usually seen along decrease edges, the process adds to knitting time involved in finishing the piece. Decreases may be made on every row. 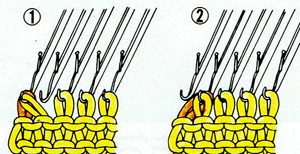 Simple increases: a factor that is often first noticed when approaching seaming is that the carriage side creates loops, while opposite the carriage one gets what looks like a knot, both alternate as starting position of the carriage swaps sides. To speed things up for single increases, one alternative is to bring an empty needle into work on the carriage side. This creates an elongated loop rather than a full stitch. Unless intended as a design feature, the edge is not the best one for seaming. A better-looking increase is created by putting a needle into work opposite the carriage. For a “good edge”  two rows minimum of knitting need to occur prior to the next increase. Continuing on the thread begun in the last 2 posts, I experimented with every row increases and came up with what I consider a reasonable compromise. The method for increases on the right edge:
*COR: bring an empty needle into work on the carriage side, knit a row. Insert transfer tool into the loop created as shown, turn toward carriage (in this case clockwise), essentially creating an e wrap, hang on adjacent empty needle hook.

COL knit to right*, repeat *  *
In the previous 2 posts’ samples I did not wrap any needles. Wrapping in both directions can create an interesting line along the center of the “leaf” or “other” shapes, seen in the photo below 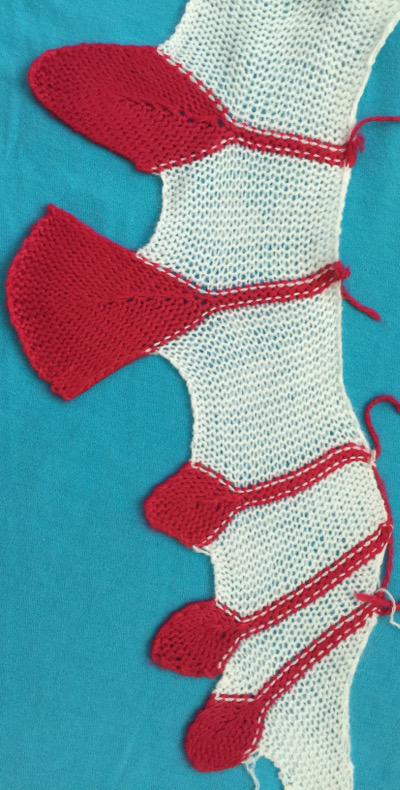 Interpreting hand knit patterns for use on the machine requires translations of some of the vocabulary and directions are given. If an edge stitch is made in garter or slip stitch variations, disregard and simply add it to the total number of stitches on the segment of the needle bed that is being worked on. Wrap and turn is executed by wrapping the yarn around the adjacent needle in hold prior to knitting back to the opposite side

pw2: picking up wraps and knitting them together happens when needles with wrapped loop and stitch behind it are brought back into work.
The terminology may vary in self-published patterns, some are accompanied by very good tutorials. Ravelry HK searches can provide inspiration for many holding technique variations. Other terms to look for in image and pattern searches include swing knitting, and on occasion, tapestry knitting.