Knit and purl combinations may be executed in hand or machine knitting. Knit charts are generally planned and illustrated based on the fact that the same side of the fabric is always facing the knitter. Hand knitters have to accommodate for the fact that the work is turned over (unless knitting tubular) with every row worked, so plans would need to reverse knit for purl and vice versa if needed. For more ribbed, pleated/ folding fabrics please see Pleats: ribbed, folding fabrics , and Origami inspired 2: more pleats and fold using the ribber

The chart for the initial concept: The number of needles used for “pleats” is constant (7); 3 stitches move up (or down) in turn, indicated by arrows. After the first 3 are transferred, 3 more are now moved adjacent to the now remaining 4 stitches from the opposite bed in order to maintain a total of 7 on each bed, excluding any borders, in which stitch placement remains fixed. 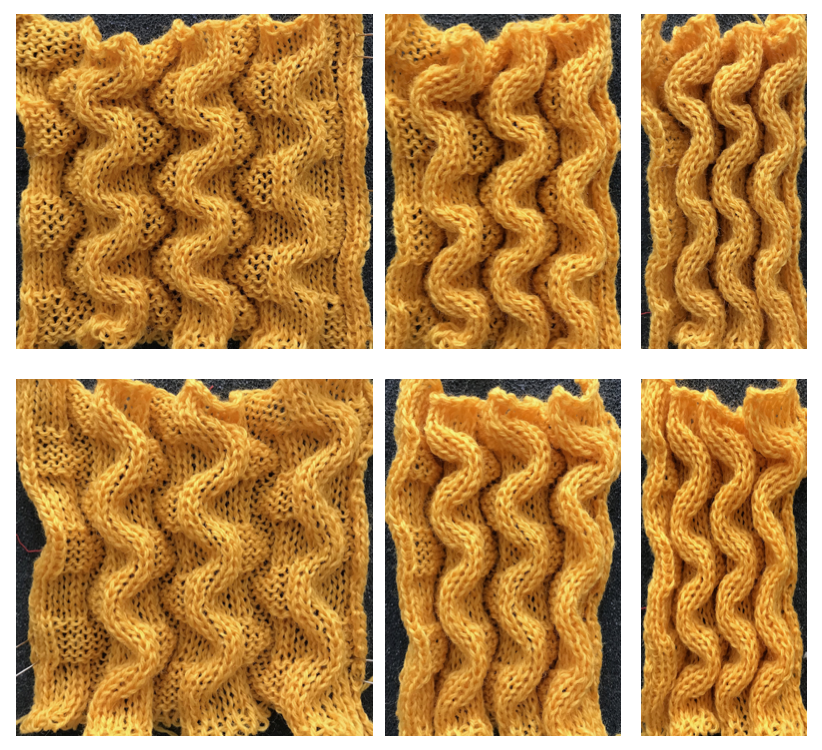 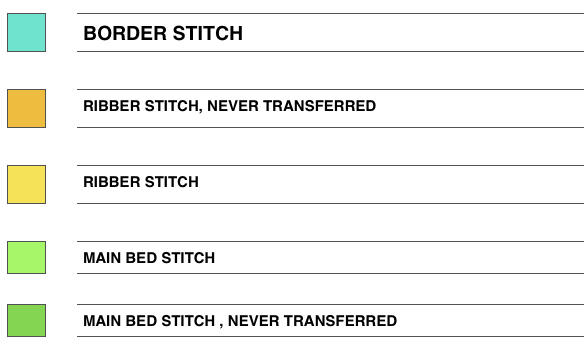 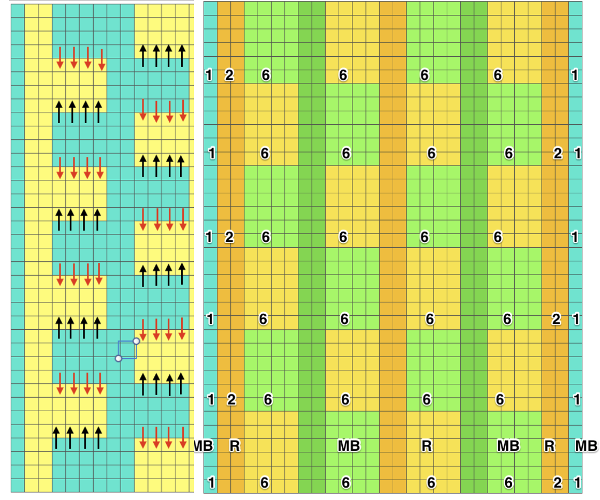 still on the machine, 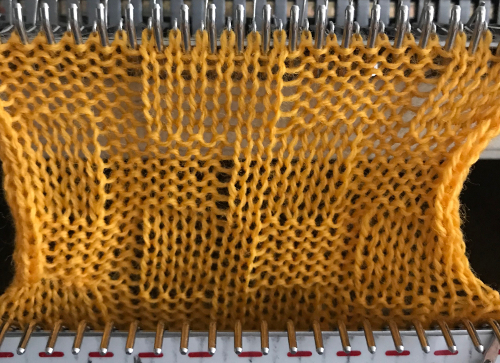 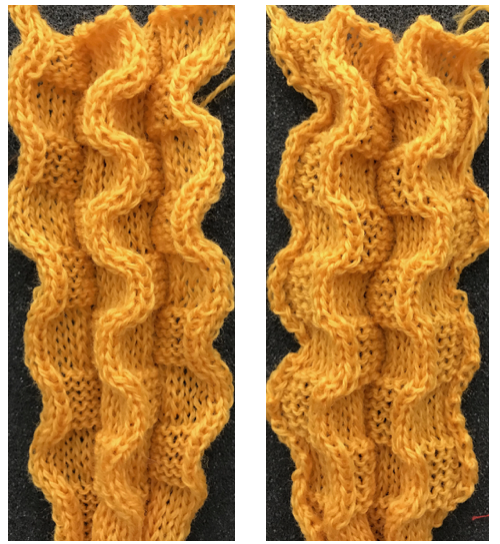 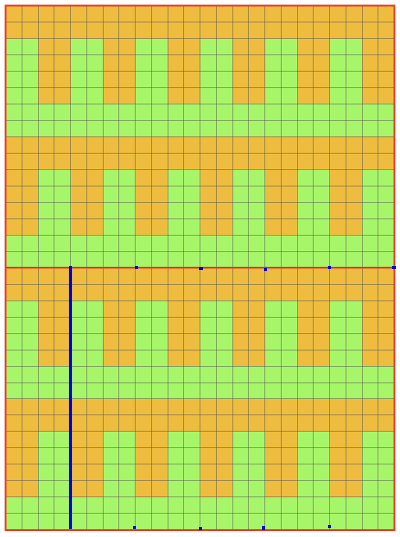 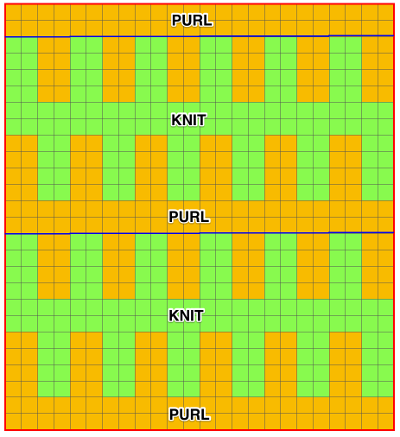 The hand-knit swatch, using 4 ply yarn on #5 HK needles. The arrows mark the area where 4 rows were knit between knit and purl blocks rather than 2, creating an added ridge, and a straighter line than the row pairs 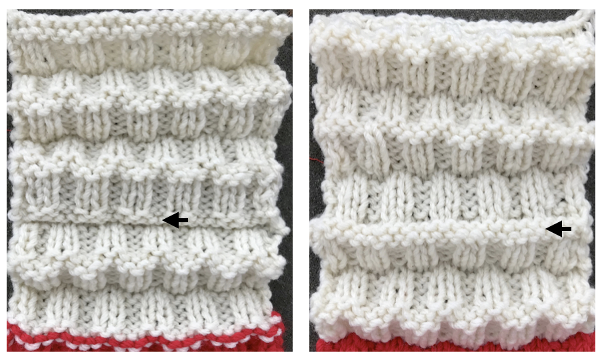 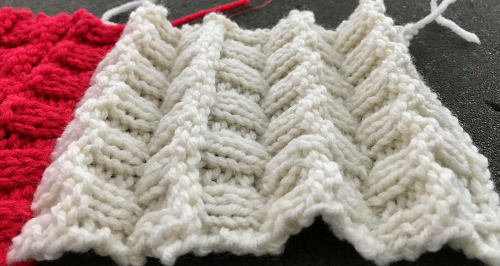 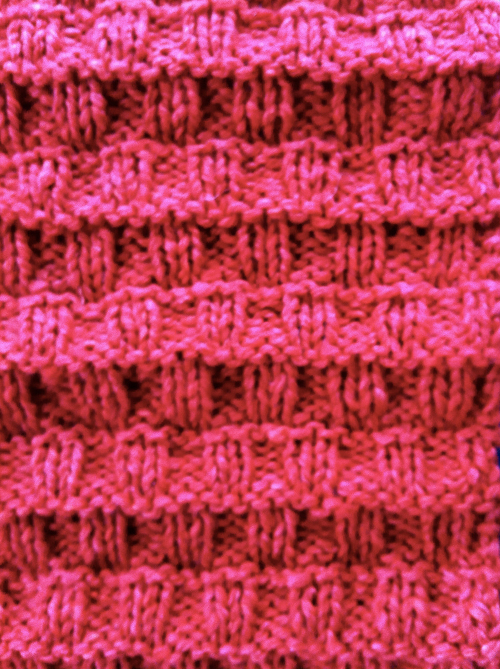 Getting rid of those blocks altogether: a generously shared free pattern on Ravelry and a link to the author’s blog 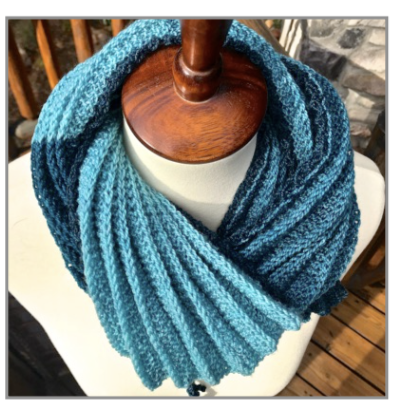