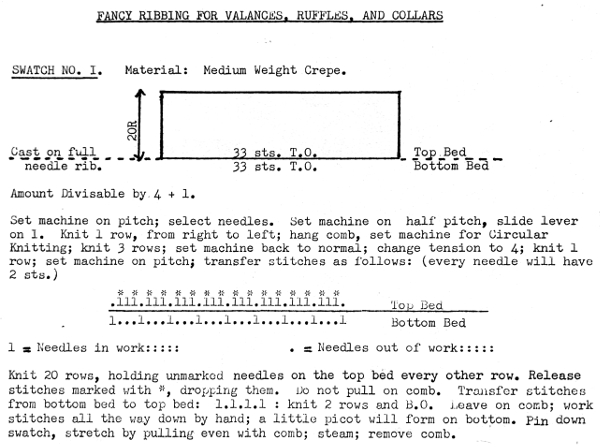 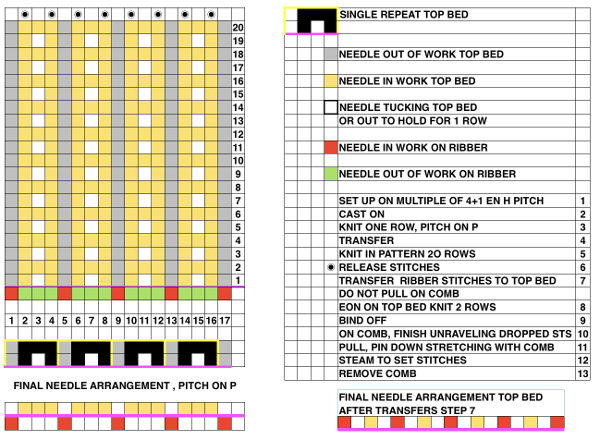 The sequence in photos, beginning with the cast on, 2/24 acrylic yarn,  zigzag  row with inserted ribber comb,  half-pitch

1 row is knit across all stitches to complete cast on, 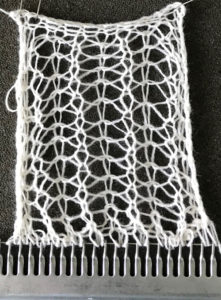 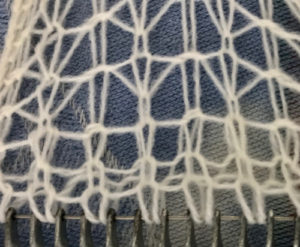 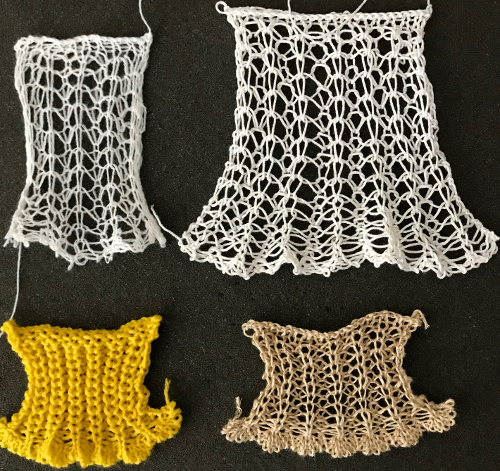 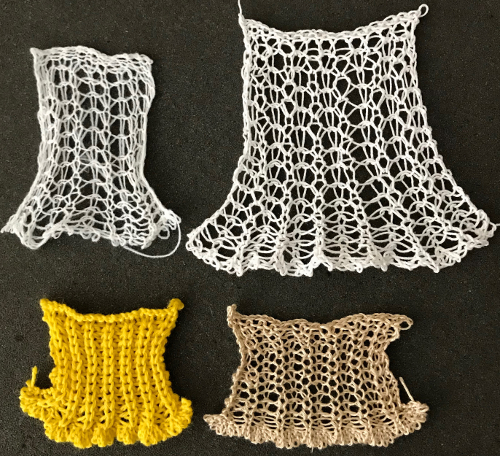 The adjustments on the original pattern are as follows. At half-pitch begin as above with zig zag to left, 2 circular rows, knit back to right. Set pitch to P, transfer between beds

knit one row back to the right,  making sure stitches have knit off properly. When you have returned to the right side, set the carriage to tuck from right to left only (left tuck button), RC000